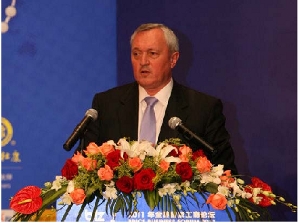 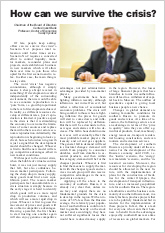 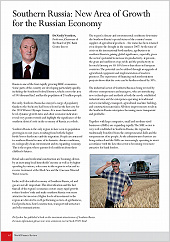 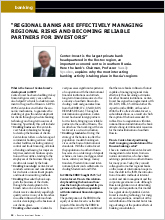 Center-Invest is the largest private bank headquartered in the Rostov region, an important economic centre in southern Russia. Here the bank's Chairman, Professor Vassily Vysokov, explains why the most interesting banking activity is taking place in Russia's regions 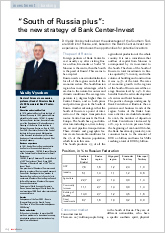 Dr Vasily Voskov talks about the advantages of the Southern Federal District of Russia, and, based on the Bank's Center-Invest own experience, introduces the opportunities for potential investors

Foreign partners of Bank Center-Invest usually say after visiting Rostov-on-Don, Krasnodar or Sochi: “If Moscow is the centre, then the South is the pearl of Russia”. This seems to be accepted.

Russia needs a new industrialisation for all of the regions and all of the economic sectors. The South Russian region has many advantages, which are due to the natural recourses and climatic conditions.